Everton midfielder Allan is expected to be out for several weeks after sustaining a hamstring injury during Wednesday’s win at Leicester City.

James Rodriguez is back in contention following a calf injury, while Seamus Coleman is available after missing five games with a hamstring issue.

Arsenal defender Gabriel is suspended as a result of his red card in the draw against Southampton.

Granit Xhaka is also banned, while Thomas Partey remains out.

Mikel Arteta is getting a bit of flak but his own Arsenal players have been making things more difficult for him.

Funnily enough, I think that is one of the reasons we will see a response from the Gunners here, even if their confidence is going to be low.

Yes, Everton’s form has picked up again, after two successive wins, but it is a blow for them that they won’t have Allan in their midfield on Saturday because of injury.

They will still give Arsenal a tough time, and will look to impose themselves on the game in the same way they did when they beat Chelsea last time out.

We will find out if Arsenal can deal with it – it is time for them to show what they are made of. 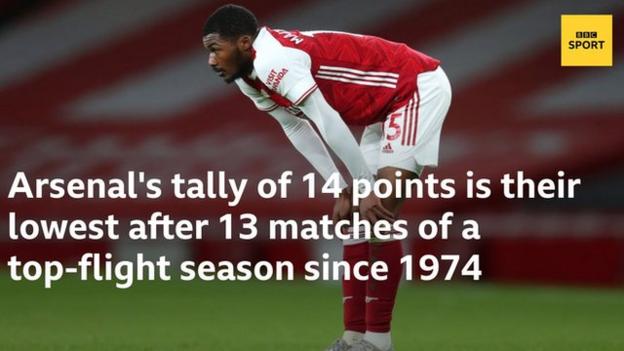